When you have done a hard day of tourist activity on the iconic Sunset Boulevard, the only thing left to decide is where to have dinner and recharge your batteries. Of course, when you really think about it, there is one correct answer to this query, and that is pizza!

There is nothing like a good pizza and a good glass of wine or beer to finish off the perfect day in paradise, and we definitely have you covered on that front. What we can also help you with, by the way, is suggesting what you should be doing in your day before you get to the pizza stage! With this in mind, here are some of the most popular things to do before getting pizza on Sunset Boulevard!

If you are in Hollywood to soak up the history of cinema, then a visit to the Gower Studios is an absolute must. It has been home to many of the iconic Frank Capra movies, and even played host to modern TV shows as recent as Scandal. In the 1970s, it was also briefly used as a rehearsal space for bands. You might have heard of some of them – Led Zeppelin, the Eagles, Elton John!?

The Hollywood Palladium has been referenced in dozens of movies over the years and has also been used to record concerts by the likes of Keith Richards and Megadeth! It was built in 1940 and is a prime example of the amazing Art Deco style that Golden Age Hollywood is synonymous with. It’s so cool, in fact, that it was opened by none other than Frank Sinatra himself!

Built-in 1963, this is an iconic movie theater on the Boulevard that revolutionized the design of cinema buildings. The dome shape was the first of its kind, and the technology inside was just as groundbreaking. The Cinerama was one of the first movie theatres to use a single lens projection system. 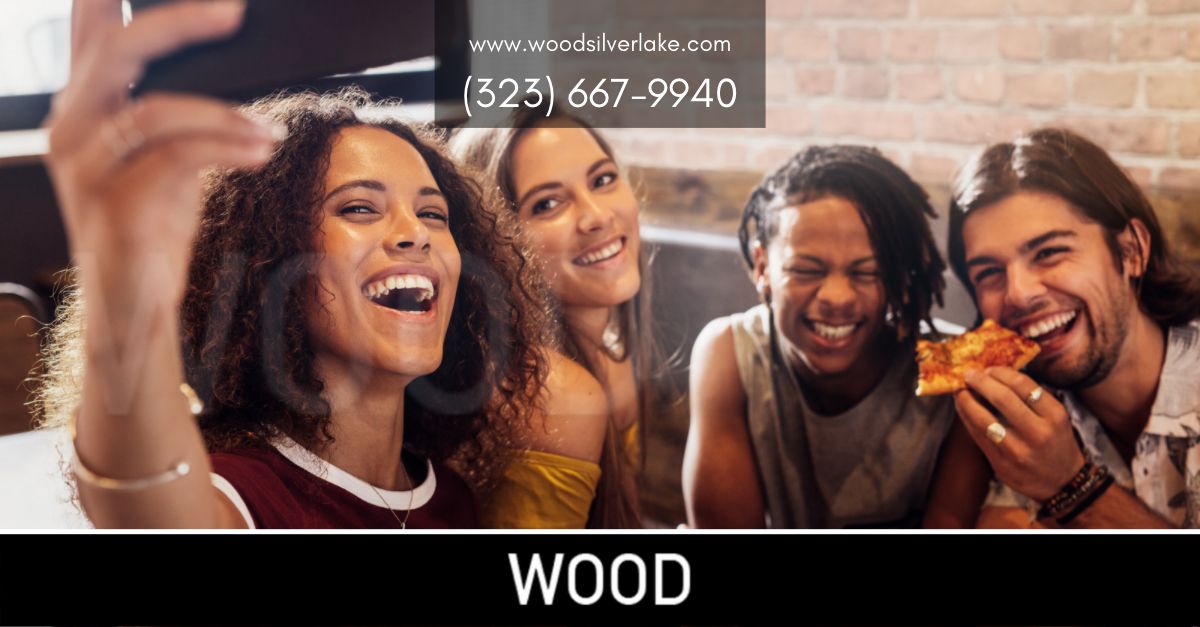 Plastered across the sidewalk along most of Sunset Boulevard is the iconic Walk of Fame. This is a tribute to hundreds of stars from the world of film, television, music, and general entertainment who have been deemed worthy of a timeless memorial. Tourists have lots of fun trying to seek out their favorite stars, and this stretch of the Boulevard tends to be the busiest year on year with people taking photos of the special paving slabs on the ground all year round!

So, hopefully, now you have got enough ideas for what to do before it gets to be time for pizza on Sunset Boulevard. And when that time does come, you know that the only place to run to is Wood Silverlake! Take a look at our website for a sneaky peek at our menu. We can promise you that you will find something to make your mouth water! We look forward to welcoming you to the restaurant for a memorable and delicious dinner after a great day of sightseeing.